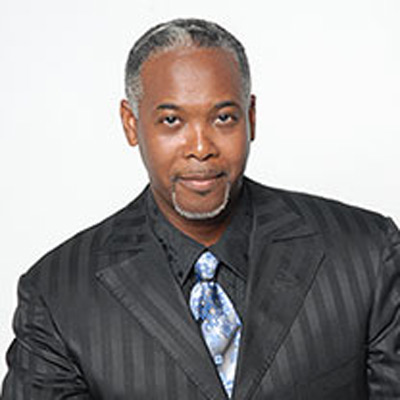 There was a certain man from Ramathaim, a Zuphite from the hill country of Ephraim, whose name was Elkanah son of Jeroham, the son of Elihu, the son of Tohu, the son of Zuph, an Ephraimite. He had two wives; one was called Hannah and the other Peninnah. Peninnah had children, but Hannah had none.

Year after year this man went up from his town to worship and sacrifice to the Lord Almighty at Shiloh, where Hophni and Phinehas, the two sons of Eli, were priests of the Lord. Whenever the day came for Elkanah to sacrifice, he would give portions of the meat to his wife Peninnah and to all her sons and daughters. But to Hannah he gave a double portion because he loved her, and the Lord had closed her womb. Because the Lord had closed Hannah’s womb, her rival kept provoking her in order to irritate her. This went on year after year. Whenever Hannah went up to the house of the Lord, her rival provoked her till she wept and would not eat.

There will always be something or someone in this life to provoke you.

Certain people have anointing to get under your skin.

QN: Is provocation necessarily a bad thing? NO! It hurt Hannah, but God used it for good. Sometimes provocation is the only way to make us achieve something.

Be a good example, it provokes others to live better. Live on such a level to provoke others to love and good works.

Village people with nothing also can be happy!

The name Peninnah means “pearl”. How would she have felt? She produced all the babies but husband loved Hannah! No wonder she was provoked.

The name Hannah means “grace”/favour. Got what she didn’t deserve. Husband’s love, son. When you get favour, the “Peninnahs” get jealous.

Rivalry of two women married to same man. Same as all of us married to Jesus, trying to get better grace from him is ridiculous.

Don’t get offended when you you are provoked, proof them wrong.

Whenever you are provoked:

1. Employ invocation
Calling in the presence of God. Ask God into your mind. Don’t retaliate.

Hannah refused to believe her plight remains permanent and prayed.

2. Use revocation
To call back your peace. “revoke”

Rom 4:17 “calls into being things that were not”

To get right we must first get back to God.

Call back strength and whatever you’ve lost when you were provoked.

3. Find an avocation
To call away/rest. E.g. going away to the relax and recharge from what stresses you.

Hannah called away to a place of peace to pray.

“Give me something that I can give to you”-Samuel, great prophet.

Your avocation will give you your vindication.